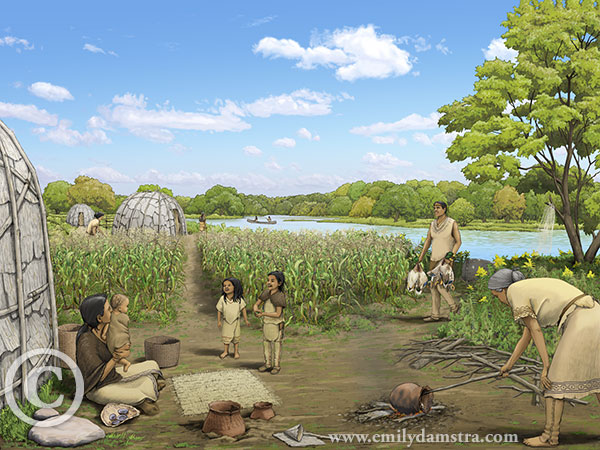 A few years ago I created this illustration showing the first people to introduce corn to Southern Ontario around AD 500 – 1000. This culture was first identified (or at least, described) at Princess Point, part of the Royal Botanical Gardens (RBG) in Burlington, Ontario. Now, the illustration is part of an interpretive sign at the RBG: 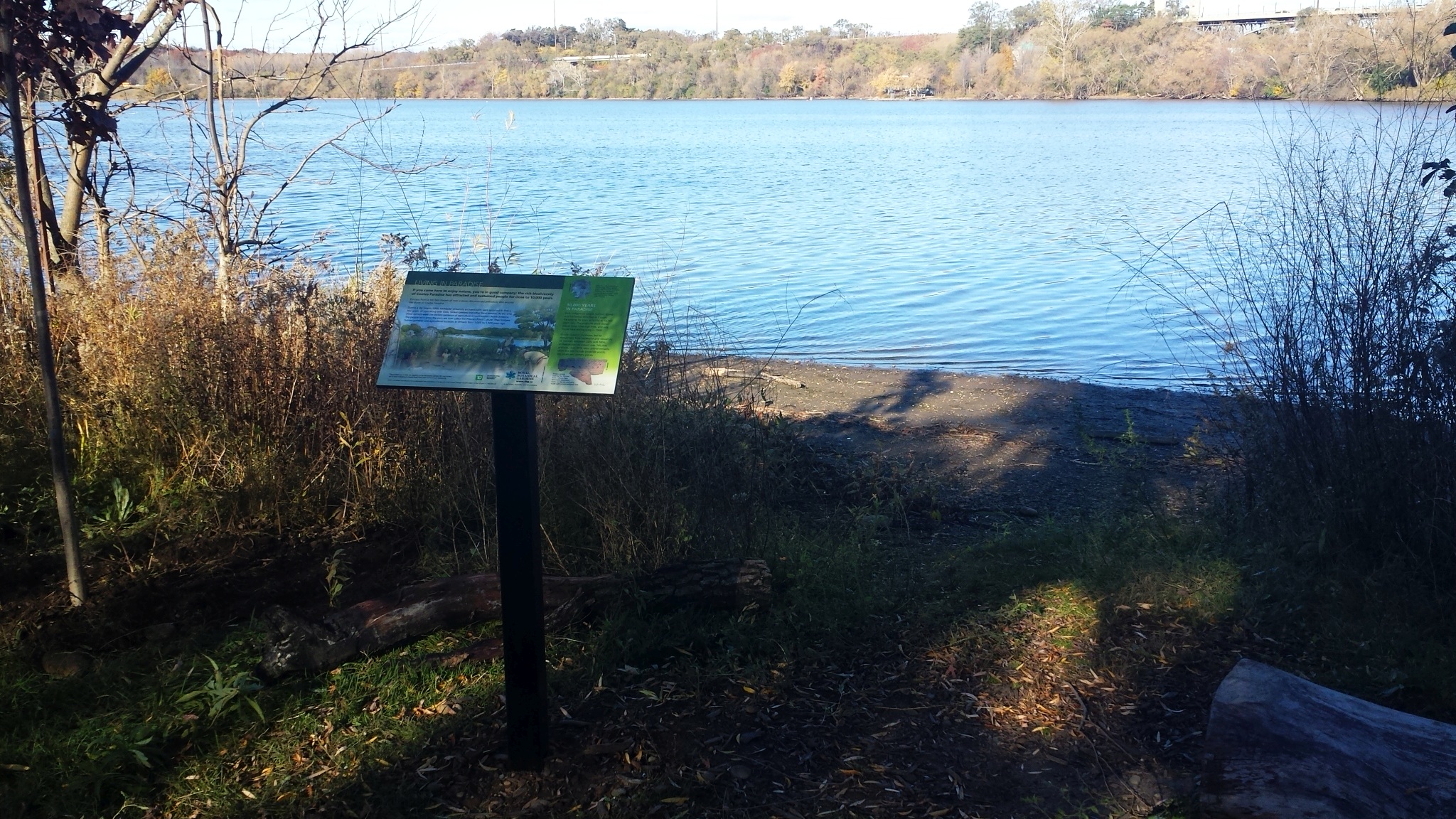 The photo shows a view of Cootes Paradise, with the T. B. McQuesten Memorial Bridge in the background. The interpretive sign was prepared under the direction of Barbara McKean, RBG’s Head of Education, who also wrote the copy. The right-hand panel on the sign depicts part of a Princess Point Complex pot; the photo was kindly provided by Dr. David Smith at University of Toronto – Mississauga. The layout was prepared by Irene Feddema of IFdesign Inc. in Burlington.

[…] I have six pieces in this exhibit, including these two goldenrod paintings, two of my recent marine life illustrations, my Common raven painting, and my Princess Point illustration. […]