The United States Mint’s January announcement that the Maya Angelou quarters entered circulation prompted a flurry of news articles about the new coin. It’s been exciting for me to see my coin design appearing in major media outlets such as The New York Times and NPR, though of course the publicity is due to the popularity of Maya Angelou herself rather than to my design. Since my earlier post discussing the design didn’t include an image of the coin itself (which wasn’t available then), I thought I’d share the coin image here: 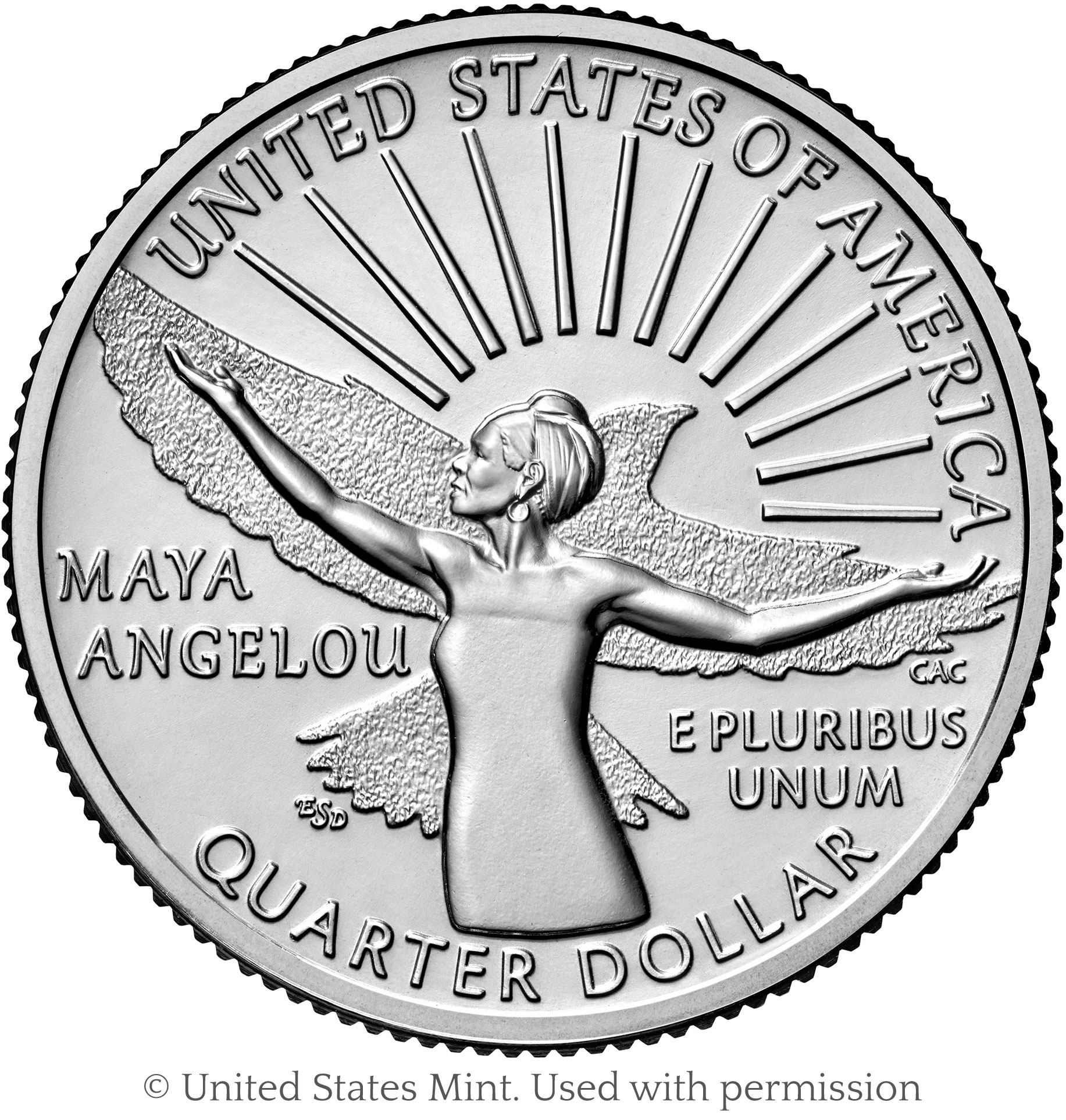 It’s fun to hear the questions people have about the quarter design. A local tv station in my hometown of Grand Rapids, Michigan learned that a Grand Rapids native had designed the Maya Angelou quarter, and they interviewed me about it here.

Similarly, the School News Network, which serves the school districts in my hometown, asked me about the coin design and my career here.

A few other interviews have appeared online, including this one at ArtNet news; this one for Fast Company, and most recently this piece at CNBC.