The autumn 2017 issue of Atlantic Salmon Journal included a complex two-page illustration I created to help explain the life cycle of Atlantic salmon and how Atlantic Salmon Federation biologists catch smolt (young salmon), outfit them with transmitters, release and then track them in order to learn why so many never return to three Gulf of St. Lawrence rivers. 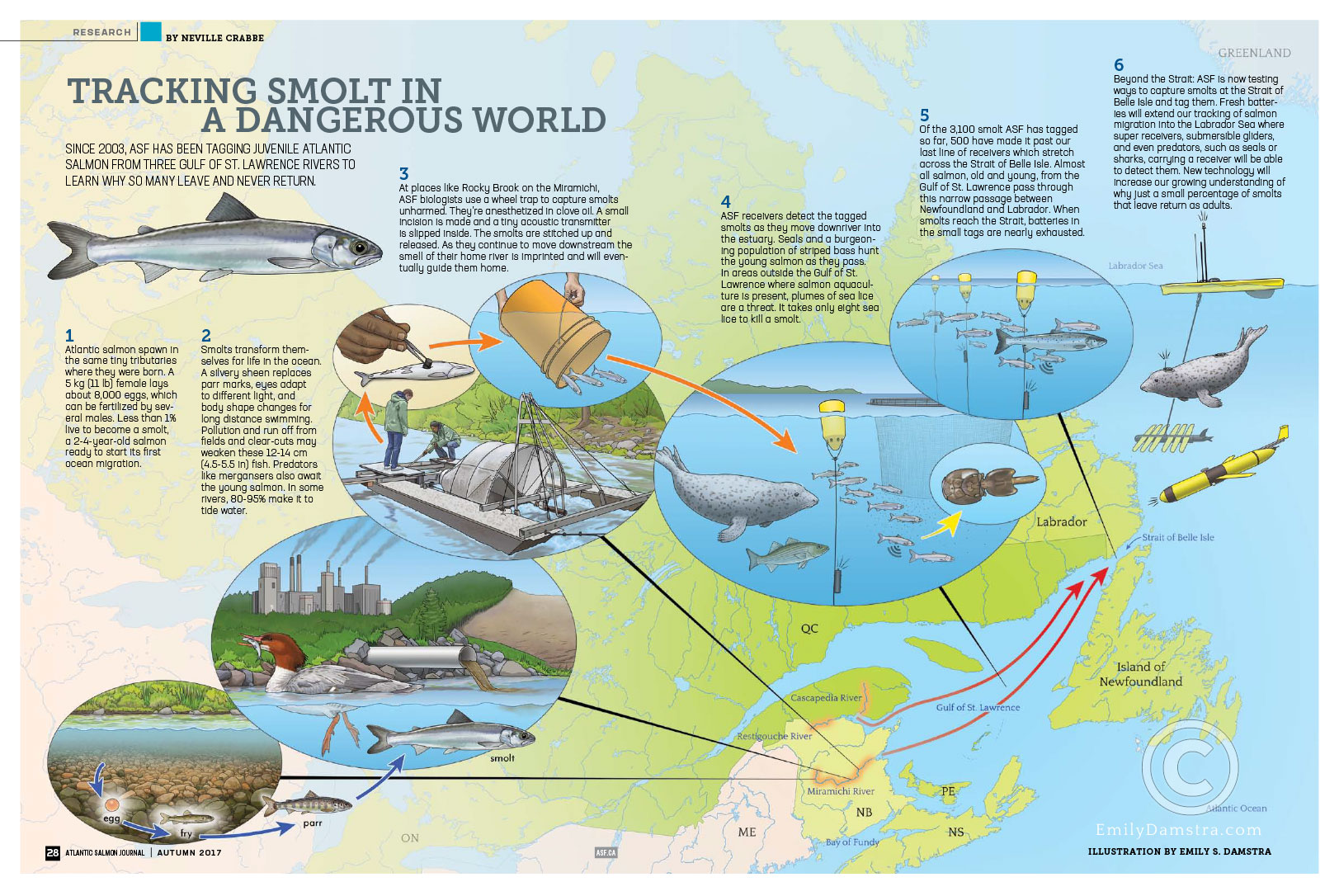 The illustration is entirely digital. As with any commission, I love discovering more about the subject I’m illustrating. In this case, it was fascinating to learn details about the gauntlet of dangers the young fish face in order to make it to sea, and the methods researchers employ to track them. It was also a pleasant challenge to arrange the individual illustrations and their captions against a map in a clear and logical way. Neville Crabbe wrote the text that appears on the two-page spread, and the ASF’s graphic designer finessed the type.